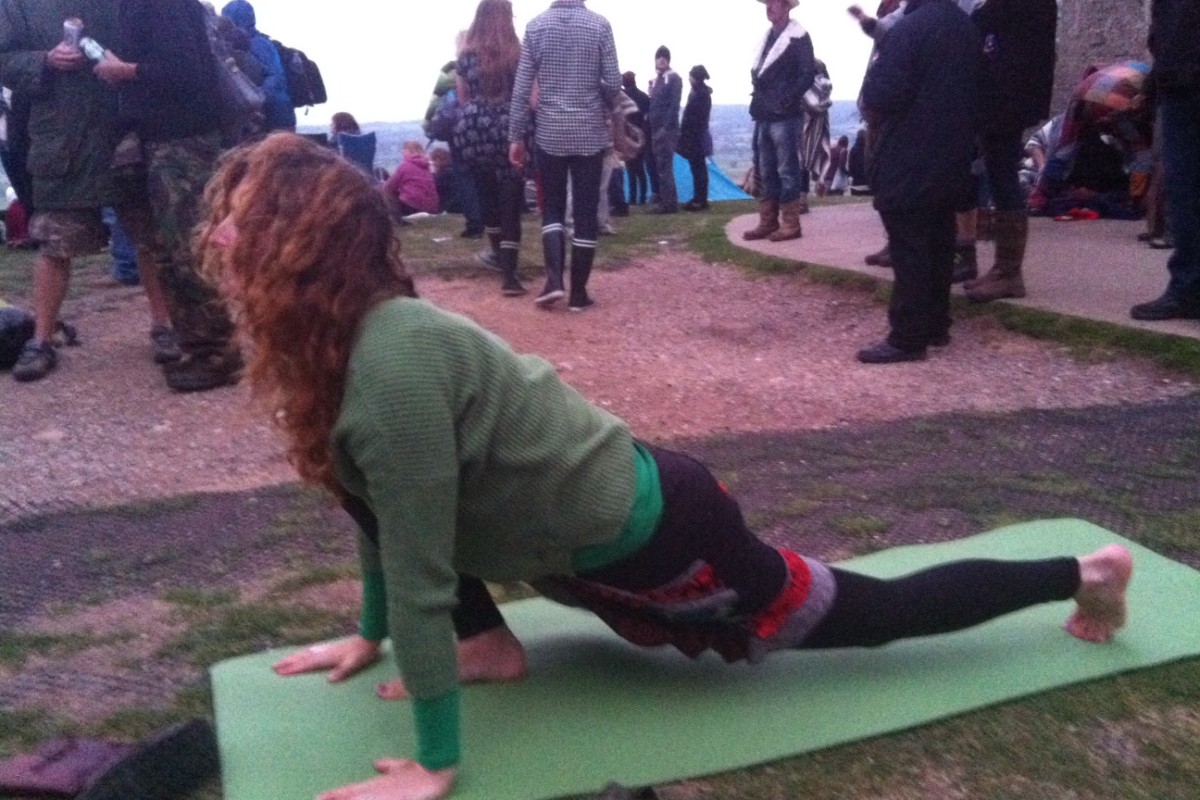 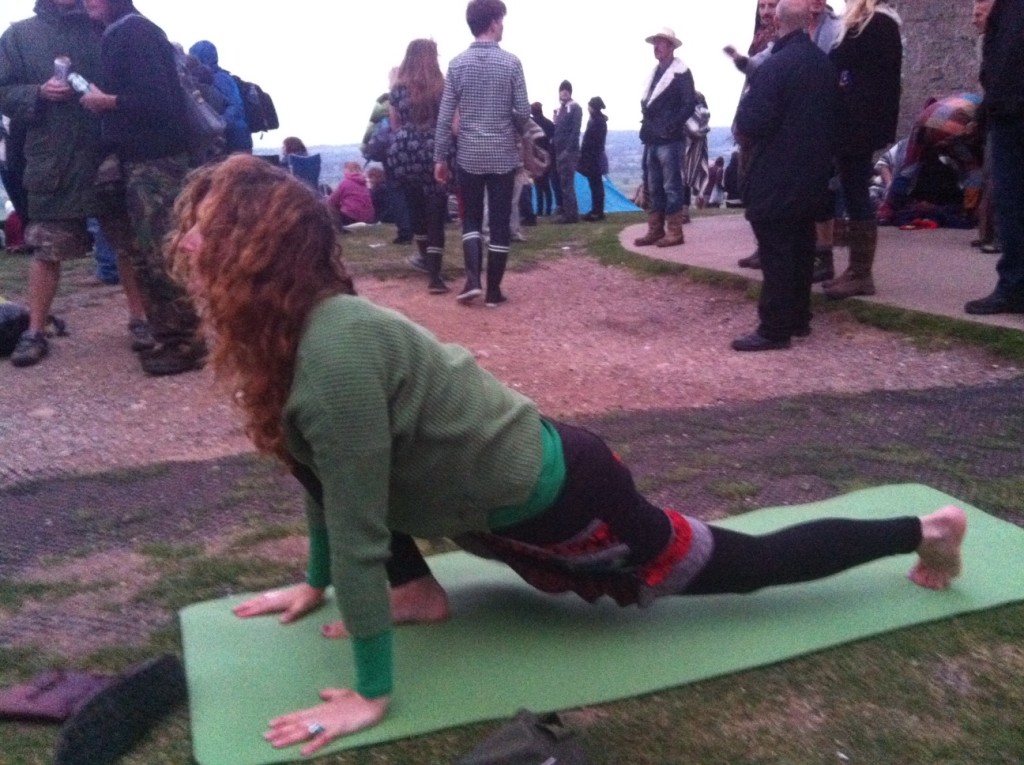 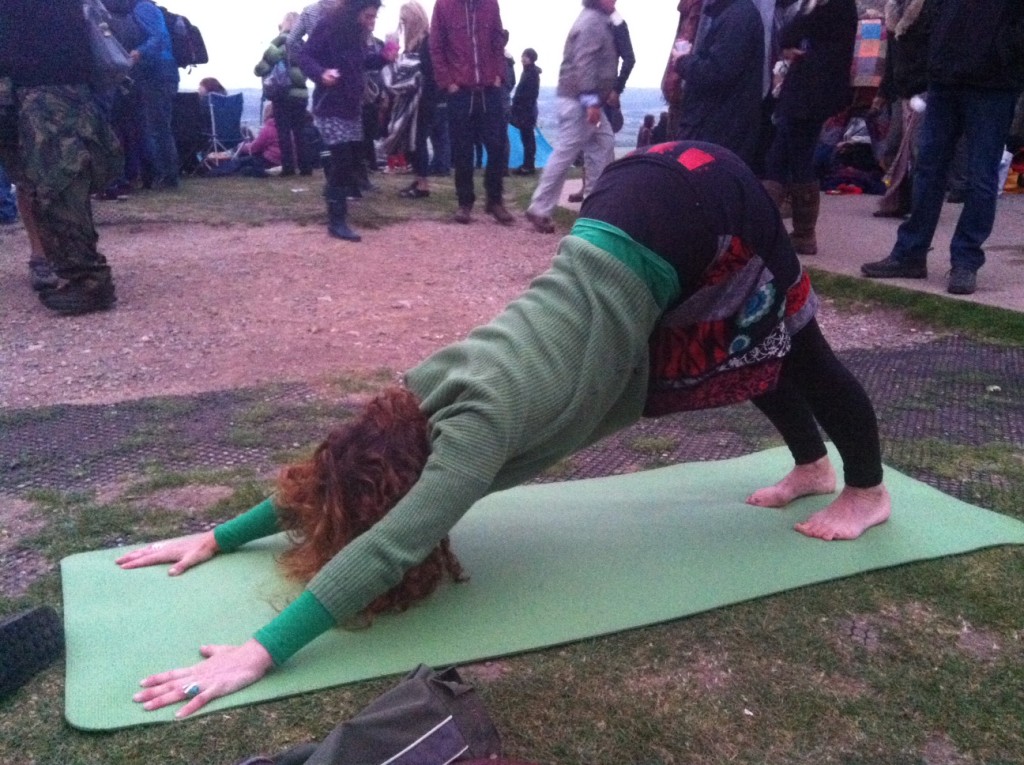 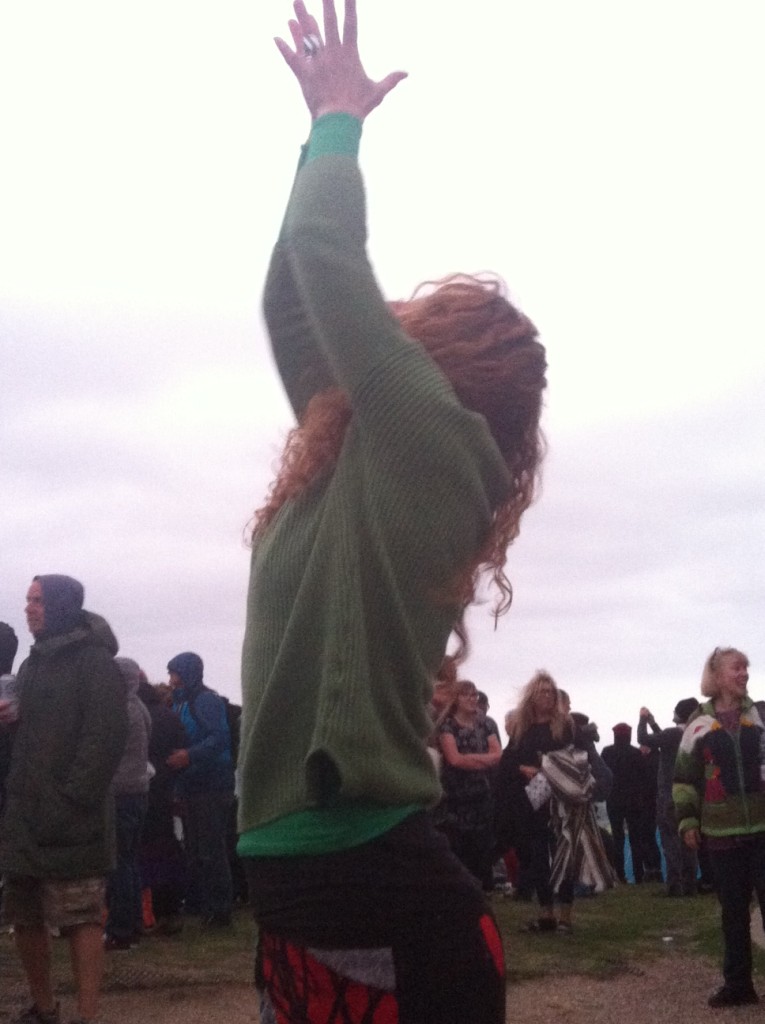 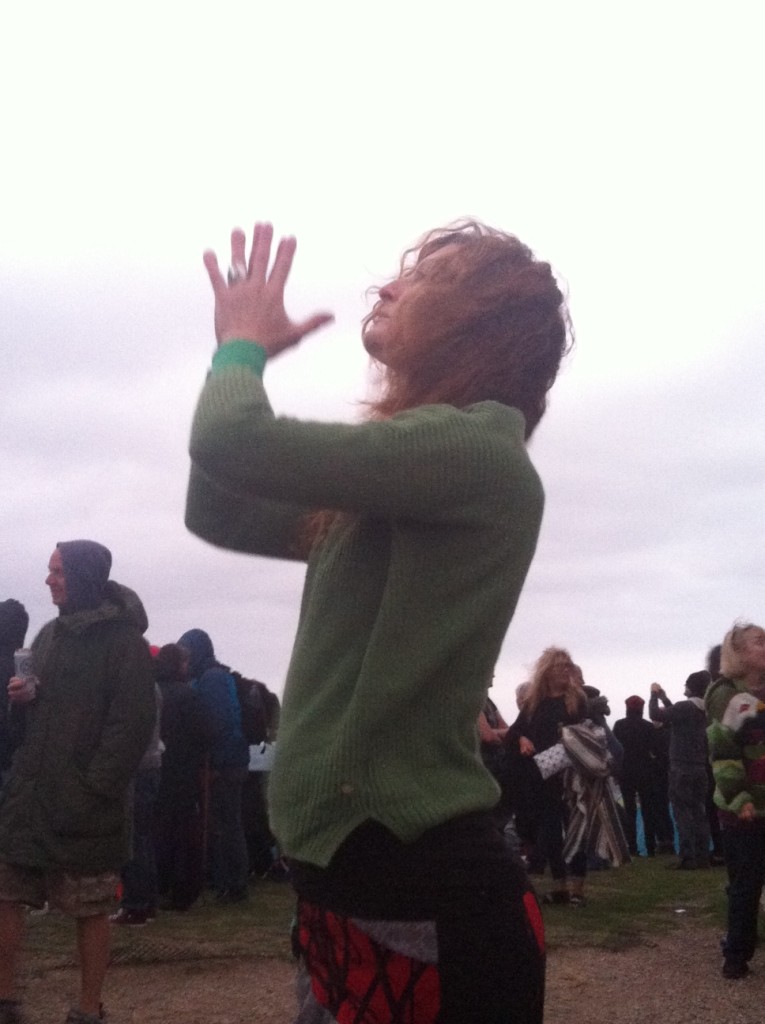 I celebrated this special day as it coincided with the Summer Solstice, by practicing my sun salutations on top of Glastonbury Tor at 4am.

I was hoping for a spectacular sunrise, it was rather cloudy, so more of a red glow than a show stopping ball of fire!

The atmosphere was exciting and as I was practicing so high up, it felt as though as I was much closer to the sky and I felt the wind rushing around me, the very essence of pure energy.

I felt a connection to the Earth and the sky, drawing the energy from both was incredible.

There was a world peace meditation at the Chalice Well Peace Garden, a celebration of the solstice. It was also a time of people coming together to celebrate nature, the elements and the joy of simply being still and aware.

This is the Chant that we ended with, reciting as a group:

ONE CIRCLE, ONE LOVE

ONE GAIA, ONE EARTH

ONE PEOPLE, ONE HEART

Share This.
PreviousYoga For Healing
Next July 18th Workshop

Jane's audio recordings are available to download from iTunes to enhance your yoga practice at home.

We use cookies on our website to give you the most relevant experience by remembering your preferences and repeat visits. By clicking “Accept All”, you consent to the use of ALL the cookies. However, you may visit "Cookie Settings" to provide a controlled consent.
Cookie SettingsAccept All
Manage consent

This website uses cookies to improve your experience while you navigate through the website. Out of these, the cookies that are categorized as necessary are stored on your browser as they are essential for the working of basic functionalities of the website. We also use third-party cookies that help us analyze and understand how you use this website. These cookies will be stored in your browser only with your consent. You also have the option to opt-out of these cookies. But opting out of some of these cookies may affect your browsing experience.
Necessary Always Enabled
Necessary cookies are absolutely essential for the website to function properly. This category only includes cookies that ensures basic functionalities and security features of the website. These cookies do not store any personal information.
Non-necessary
Any cookies that may not be particularly necessary for the website to function and is used specifically to collect user personal data via analytics, ads, other embedded contents are termed as non-necessary cookies. It is mandatory to procure user consent prior to running these cookies on your website.
SAVE & ACCEPT